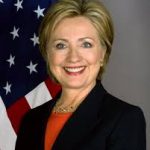 After Clinton's victory in Puerto Rico, she now has the delegate count required to become the Democratic nominee. While she acknowledged the significance of this recent victory, she is being very cautious in claiming victory. As reported by ABC News Clinton addresses supporters in California stating the following, "brink of a historic, unprecedented moment—but we still have work to do". --ExpressYourselfBlog.com Source: ABC News
Read More 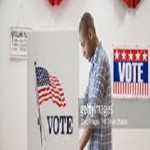 Embed from Getty Images NORTH CAROLINA CITIZENS: REGISTER AND VOTE SAME DAY THROUGH JUNE 7 NOTE: The same-day registration process is available for the election on June 7, but barring further court action, it will not be permitted thereafter. WHERE TO VOTE: Polling Place Look-Up THE BALLOT: NC Ballot, ID and other Election Law changes that impact you for this crucial Congressional/Judicial race available to view in 2016 Supreme Court Primary Election GUIDE. View NC State B...
Read More