The state of North Carolina has a new Mayor of Charlotte. Democrat, Vi Lyles had a landslide victory over her Republican opponent Kenny Smith, with an astounding 18 point lead in votes. The final ballot count the day after the election, Lyles 71, 876 votes or 59.13%, compared to Smith’s 49, 555 or 40.77%. A decisive win on the ‘Blue Wave’ that swept Tuesday’s Election Night. A phrase that became a social media hashtag that described the Democratic Party’s wave of wins across several states on November 7, 2017.

This Mayoral Election win for Democrat, Vi Lyles is especially sweet. Lyles made history on November 7, 2017 as the first African American woman elected Mayor of the City of Charlotte, in the state of North Carolina. Her predecessor, the current Mayor of Charlotte, Jennifer Roberts also made history as the first woman elected Charlotte Mayor, November 3, 2015. Two historical moments in Charlotte’s recent history that is a source of pride for all North Carolina Citizens.

As well, voters came out in record numbers for local and mid-term elections across the country. Based on choices of candidates, voters seemed to send a message that progressive leaders supporting inclusiveness and equality should be an expectation of any elected official serving the people. A Candidates’ Campaign rhetoric should be investigated for truth, to confirm it is in alignment with the way they vote on policies impacting the people and constituents they serve. In short, do what you say you are going to do. Something the new Mayor elect Vi Lyles understands is a primary component for building Citizen’s trust of government.

Mayor elect, Vi Lyles ran her Mayoral Campaign on the ‘Trust’ factor, equipped with the memorable and catchy hashtag, #ITrustVi. A constant reminder of who she was as a Candidate, and her promise for the people. Lyles often reiterated that focus of trust, as a voter expectation during her campaign speeches. Contending during a community debate forum held at the Ballantyne Hotel’s First Annual Candidate Picnic, an important attribute for a Mayor, “Do what you say you are going to do”. A Resounding message throughout her campaign, that for obvious reasons resonated in a big way with Charlotte Citizens. Vi Lyles understood early on, voters are smart. Reminding ExpressYourselfBlog after the first Charlotte Mayoral Debate, “They listen to what you say, they fact check. Did you do what you said you did”. She made sure they knew she was listening, and made that message her platform and her promise if elected Mayor of Charlotte.

The new Mayor elect Vi Lyles offered citizens an insight into her agenda for the first 100 days in office in a response to a citizen’s question at a community event during her Candidacy, stating “The first 100 days is not what I am going to do, it’s what kind of culture we are going to create”. Understanding success must be rooted in trust, Lyles shared that she would begin with a “Look through the lens of how do we build trust in our communities”. She then laid out what appeared to be a reasonable plan void of the political posturing used by some professional politicians, that both voters and Lyles reject. Her agenda focused on the needs and priorties of the Citizen’s of Charlotte and incorporated the simple but powerful concept consistent with her message of action, “Do what you say you are going to do” by:

Much success to the new Mayor of Charlotte, Vi Lyles on her priorities of focus for the Citizens of Charlotte in her first 100 days. 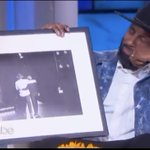 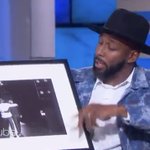 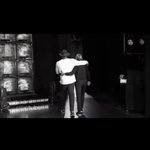 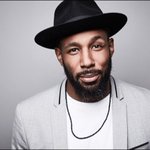 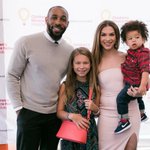